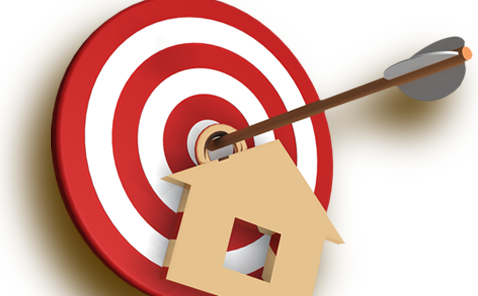 Located along the center of the state Clovis, N.M stands approximately 220 miles east of Albuquerque and 105 miles southwest of Amarillo, Texas. Billed as the “the gateway to the Land of Enchantment,” boasting a quaint population between 33,000 & 45,000; Clovis serves as home to Cannon Air Force Base, Blackwater Draw Museum and The Hillcrest Park & Zoo. Clovis is home to one of the largest National Historic Landmark Blackwater Draw. Recently appointed a landmark it is one of the most well-known and significant sites in North American archaeology with the discovery of the Clovis man & 13,000 years of occupation providing great insight into the people that lived here before, their artifacts and history.

The discovery of Bison and human fossils in Clovis and nearby Folsom, N.M inspired many people to start looking for evidence of early man. This town also celebrates having created the “Clovis Sound” with hits from artists like Roy Orbison and Buddy Holly recorded in Clovis at the Norman Petty 7th Street Studio. Clovis also serves as home to Cannon Air Force Base and enjoys a great relationship with the Air Force and the National Guard, the affects of which can be seen through out the town as Military personnel reside in both Clovis and neighboring Portales. With plenty of agricultural developments and ranching, including peanut farming, cotton farming and cattle ranching.

In 2005, Southwest Cheese Company commenced operations in the area, providing a substantial boost to the local economy employing over 200 personnel from Clovis and Portales. Clovis has recently seen economic growth with new stores and restaurants as well as new hotels opening in the Northern and mid-town areas of the city mostly due to new industry being present and the expansion of the nearby Air Force Base. Local business owners can rest assured that with the military rotating new recruits in and out of the area, there will be no shortage of new residents with new needs to satisfy; making Clovis a perfect investment for business and a great place to secure corporate housing.

Federally funded military housing, quaint and contemporary Southwestern American Homes & new luxury town homes along with easy access to Universities and colleges make Clovis an up and coming town with a wonderful opportunity for young newlyweds and growing families alike to rent or purchase homes and enjoy an economically sound future For historians of the unknown, Clovis is ideally located less than 150 miles from nearby Roswell the mysterious and controversial site where in 1947 some sort of “Spacecraft” crashed out of the sky and began the American UFO craze. UFO Museums, UFO ‘research facilities’ and other outer space and alien themed attractions are available to visitors of Roswell.

Additional activities are available in the surrounding LLano Estacado Plains, a short day trip with the family and you find yourself in the middle of the Old West and ready to explore the wild plains. Residents of Clovis can also enjoy nearby Santa Rosa just 2 hours north of town. Santa Rosa is best known as a natural desert oasis, situated along the shores of the Pecos River and vast subterranean river fed lakes with lively wildlife and fishing. Lake Sumner is the best area attraction with Year round fishing for white bass, catfish, walleye, and bream along with scuba diving for game fish and stream fishing downstream from dam. All of these features and more make Clovis the perfect town to rent or purchase a home.

» Click here for more information on our newest development!